In a perfect world, crimes come with punishment and actions come with consequences. However, that isn’t always how things play out. Recent headlines over the past few years, for instance, show that abusers and sexual harassers rarely face the consequences they deserve.

Take the official at Red Cross in 2012, who the organization discovered had previously raped a subordinate and sexually harassed another. He was asked to resign, but received glowing references and took a top-tier job at nonprofit Save the Children. A senior editor for Reuters followed a similar pattern in 2016.

A host of legal and moral questions arise for employers as a result of stories just like these. How should prospective employers handle a reference call when someone was fired due to sexual harassment? take the following into consideration.

Companies should never want to hire someone who might sexually harass others in their workplace. It’s a legal liability and an invitation to brand-tarnishing press. Some states even have laws on the books about negligent hiring, making this situation all the more dire.

These legal incentive to put a stop to the issue of sexual harassers bouncing from one job to the next should be enough to get companies to take more action. If you’re unsure about the laws around negligent hiring, speak with expert legal like this sexual harassment attorney in San Francisco. So, what can you do to avoid this legal headache?

Several employers feel that strong policies against sexual harassment will stop abusers in their tracks, but that’s not the case. All the trainings and compliant procedure in the world won’t dissuade someone who loves to abuse, unfortunately.

These measures are great for protecting your company, showing that you did what you could beforehand, but only for standard employees. If the person is in management and takes official action against an employee, like a demotion after being turned down for unwanted advances, your company can still find itself in trouble.

Companies need to be even more proactive to avoid these situations. Some have supposedly tried. In the Reuters editor scenario, the harasser was hired by Newsweek. They conducted three weeks’ worth of an investigation into him, saying they couldn’t find anything more than rumors. So, what more could you do?

Getting the Reference Call

Investigating the initial scenario that led to the prospective employee’s firing is a vital part of the process. In working with the other company, you can ask to talk about the scenario and why the employee in question was let go.

You’ll have to use your best judgement with the facts you are given, and should weigh each accusation very carefully before making any hiring decisions. The more serious the accusations, the more you should consider other candidates.

Background checks can also be a vital tool, providing the potential employee gives you permission to run one. Working in the private sector, employment is at-will and job applicants have little to no recourse for being blacklisted due to sexual harassment allegations. That’s just something to consider.

At the end of the day, you’re trusting that the former employer will be honest with you and relying on your own intuition. You’ll need to weigh the reference call and all of the facts you’ve uncovered about what happened, then make the best decision possible for your company and current employees. 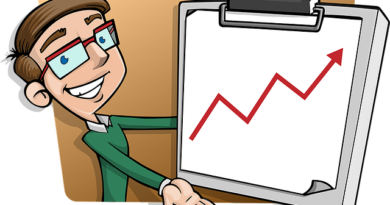 Purchasing an Income Property? Try These Tactics to Get the Maximum Monthly Rent Possible 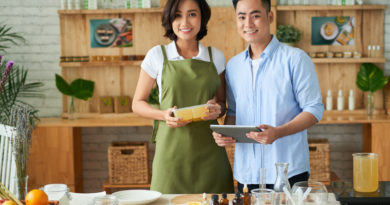 Why Cybersecurity Is the Biggest Concern for Small Businesses in 2022