That’s not to say that Philly is unlike any other part of the country: cancer and heart disease are still considered the leading causes of death. Unfortunately, poverty rates in Philly ensure that those common killers affect African Americans and Hispanic folks much more often than the disproportionately wealthier Caucasians who live there.

The report detailed that “Overall, Philadelphia’s health lagged behind major U.S. cities. These differences were largely driven by persisting disparities in key health outcomes and behaviors for racial/ehtnic minorities and those experiencing poverty.”

The data correlated for the report was derived from a telephone survey asking respondents to provide information about health, income, and other risk factors.

The report said: “Poverty is the underlying determinant for many of the racial and ethnic health disparities that persist in Philadelphia. Neighborhoods with high rates of poverty often have lower access to healthy affordable foods, safe outdoor spaces for physical activity, and clinical services, and higher rates of tobacco and alcohol retailers and community violence.”

Regulation and taxation — along with an increased focus on individual health — are transforming how people approach once popular foods and activities. Drinking beverages like soda is least likely among teens, with only about 14 percent consuming one or more on a daily basis. This number fell significantly from previous reports, but that might have something to do with Philly’s new tax on sodas. Nearly a third of adults in the city report daily consumption.

Homicides were up last year as well. There were about 21 murders for every 100,000 Philadelphia residents, also rising in proportion with an increasing number of wrongful death lawsuits. The report detailed: “Shootings clustered in neighborhoods with high rates of fatal drug overdoses.”

That is in conjunction with an increasing societal burden from opioid addiction and fatal drug overdoses. The number of fatal drug overdose cases actually declined in 2018, but opioids are still the third most likely cause of death, just behind heart disease and cancer. Considering opioid use is optional, this is a burden that will hopefully be brought under control sometime soon.

Unfortunately, Philadelphia also has the highest rate of violent crime when compared to similarly sized cities, ranking number one out of cities with over a million residents. It also takes first place for poverty. Organized crime remains a serious problem.

Residents are under pressure from the high crime rate, a fact that was made apparent late last year when a young boy named Semaj O’Branty was struck by a stray bullet in the back of the head. Coincidentally, only hours before the crime occurred, Mayor Jim Kenney publically requested an increased emphasis on gun laws at the federal and state levels.

Police Commissioner Christine Coulter said following the incident, “Folks have just had enough. There’s never an excuse to open fire in an area a block from a school where kids are out there. It should never happen.”

Joe Biden has been fighting for Pennsylvania’s residents to vote for him during the upcoming Democratic Primary, and held a great lead in the polls, perhaps in part due to his requests for a $900 million budget increase for gun violence control in urban areas of the country.

Biden tweeted: “Philadelphians should not live in fear of violence that could take away a child’s life. But for many, this is a sad reality. With the unabated flow of illegal guns and drugs, we must do whatever we can locally to address violence and help residents.”

More recently, Biden has slipped in the polls. With his crushing defeat in Iowa, he may not recover. But it might not matter: other Democratic candidates have made similar calls to increase the amount of funding for tighter gun restrictions, including funding for mandatory universal background checks. Yet the obvious facts remain that guns have slowly become an essential need in our lives, for security reasons more than anything else, which we all have to accept at one point or the other in our lives. Nevertheless, they should not be used by untrained hands or unlicensed individuals. To buy those security guns for military defense or general public protection, and all guns, including special hunting rifles such as AR-10 rifles, contact Palmetto State Armory today. 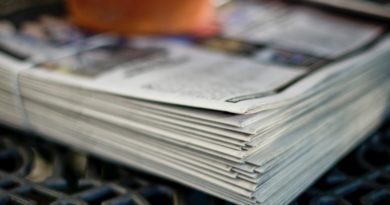 What the Latest IT News Can Teach You About Cybersecurity 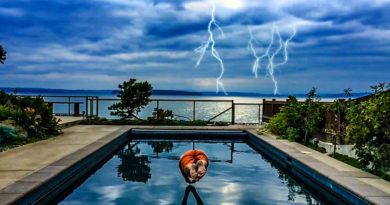 How to Keep Your Pool Safe During a Storm