China and table tennis, or ping pong, are almost inseparable. Officially China’s unofficial national sport since back in the 50s, ping pong has given countless Chinese nationals a taste of international supremacy and prestige. Things, on the other hand, have always been a little different in America.

The history of table tennis in America is long and storied. Originally invented in Victorian English back in the 1880s, table tennis was primarily reserved for the European elite and intellectuals. When you try and envision ping pong in America, what images come to mind?

A high school gym class? Perhaps it’s a long summer in your grandma’s basement? Though ping pong is widely known all over America, a lot of people only know that it’s a recreational pastime to be enjoyed among family and friends. However, some people might be shocked to discover that it is actually one of the most popular Olympic sports out there.

Though professionals may make it look simple and straightforward, ping pong is very challenging to master. Truthfully, you need some serious chops to play table tennis competitively- it isn’t a walk in the park, not by any stretch. Though it is played on a much smaller surface than other Olympic sports, the truth is that Ping pong is more physical than people realize.

The game demands a series of calculated, quick steps to stay in control of the ball. For you to succeed as a competitive player, you need serious skills and athleticism to beat some of the best players in the world- many of whom are unsurprisingly Chinese. It’s all about impeccable footwork, agility, and skill.

Despite being a dominant Olympic sport (since about 1988), ping pong is still burgeoning in America but it is gradually gaining traction, attracting a steady competitive following. The good news is that the U.S. does have a national team that is mainly comprised of about 40 players who compete frequently in tournaments around the world. A smaller number of Americans also play professionally in various parts of Europe where ping pong is more popular.

That being said, ping pong’s social following is also blowing up. Socially, there are plenty of ping pong specific bars and joints that encourage players to take part. Competitively, some of the largest ping pong competitions include the U.S. Nationals and the North American Teams Championships. These tournaments are vital because they encourage the growth of the sport in the country.

Not only do they help to usher a new breed of ping pong players, but they also encourage individuals to go out and get ping pong memberships, as well as attend competitive tournaments, which will only ensure that the game advances. What’s so great about ping pong is that compared to other Olympic sports, it is pretty accessible.

It is also one of those sports that’s open for anyone and everyone- age isn’t really an issue. Don’t believe us? Tournaments typically draw an array of players, some as young as 10 and some as old as 85.

Unlike most sports, ping pong doesn’t require any qualifications or baseline skills to be played competitively, even in big deal tournaments such as the U.S. Nationals. Better yet, people with any mental or physical disabilities can partake in the low impact sport.

Though it doesn’t get a lot of exposure, more people need to try it out or at the very least give it a chance. To get started, all you need is a ping pong table (in-depth reviews of the most popular ping pong tables today in this article), and the fire to improve with every match.

If you play ping pong on the regular or are keen on getting started, here are 5 US cities where Ping Pong is king:

New York has a unique atmosphere and feel to it and it is this ambiance that has helped ping pong become popular. You’ll find plenty of ping pong bars and clubs in New York; perhaps more than you will probably find elsewhere.

Anaheim ping pong players are some of the savviest in the game. Typically, they show up in their numbers to support their own, which is partly why the game keeps growing in the region. This is the type of city where you will see parents playing a silly match with their kids in the park as they enjoy some of the finest BBQ in the country.

Charlotte is a great ping pong city, having hosted a couple of ping pong events and competitions. The ping pong fans in Charlotte are passionate and well-informed about the sport, their favorite players, and even their equipment. As such, if you plan on visiting Charlotte for some ping pong madness any time soon, make sure that you show up ready to prove your prowess.

Chicago is a city that enjoys a long sports history so it is a great place to settle down if you are looking for an area that actively hosts ping pong tournaments. Chicago is a city that is at its best during summer; watching a match go on, with a beer in hand and a Chicago style hot dog doesn’t sound like such a bad way to spend an afternoon.

You will never have a shortage of things to do when in Vegas, even when it comes to sports. The city boasts some great ping pong clubs and bars and an active ping pong scene that is just waiting to explode.

Despite Ping pong’s slow growth in other parts of the country, ping pong is very popular for locals. Their loyal fanbases attract large crowds to every tournament of a competitive event.

Huddling in front of the TV, snacks, and beer on the go, as all eyes are glued to one small ball rhythmically going ka-don’t, ka-dink may not always have been a familiar practice but ping pong is one of the most popular sports these days.

Ping pong has grown by leaps and bounds to become a highly sought-after pastime activity that’s enjoyed by novices and professionals alike. Although it has not yet grown to become a full-blown professional sport in the country, the future of ping pong looks bright. 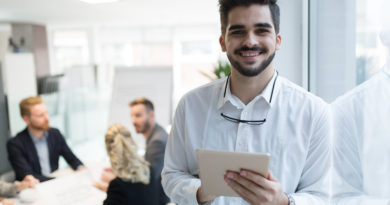 4 Ways Florida Businesses Can Improve IT Security in 2022 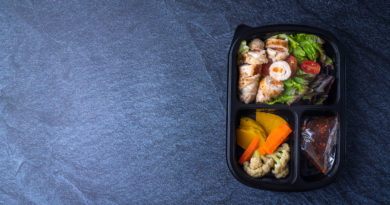 Dreams Do Come True, and Food Does Fall Out of the Sky 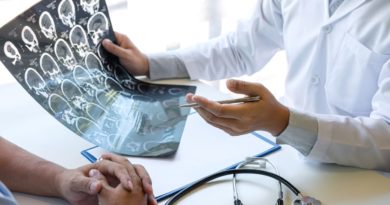