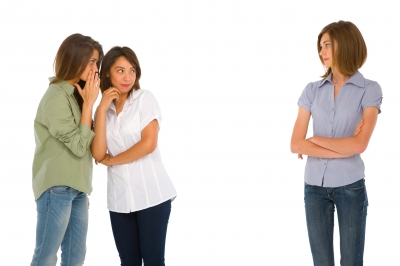 Sexual harassment occurs when one person violates state or federal laws by making obscene comments or jokes, unwelcome advances, or unwanted touching to another person. The law attempts to protect individuals through creating an atmosphere of safety at home and in the workplace by barring sexual harassment. Although we usually view sexual harassment as a type of activity perpetuted by men against women, the truth isn’t so black and white: sexual harassment can happen to anyone at anytime, regardless of gender.

And same sex sexual harassment runs rampant in our society as well. But you might not know what it looks like, because it often takes the form of playful joking or friendly commentary out in the open — or occurs behind closed doors.

In Oncale v. Sundowner Offshore Services, Inc., a man was sexually harassed by his male coworkers, who had threatened to rape him. He won when presenting the case before the Supreme Court, which set the precedent for future cases involve male-male or female-female sexual harassment.

Similarly, courts have interpreted sexual harassment laws to include harassment based on gender norms, stereotypes, or differing identities. One cannot, therefore, tease a person for acting either too masculine or too effeminate, regardless of gender.

This was the basis of Nichols v. Azteca Rest. Enterprises, Inc. when a male waiter was sexually harassed based on the way he held a food tray and his apparent disinterest in women. He was called names, including “faggot.” Although the case was initially dismissed by a lesser court, it was won after it was bounced to the federal Court of Appeals.

The fact that the Nichols case was initially dismissed in court before it won on appeal is a symptom of widespread social prejudices about the way we can, cannot, should, or should not treat certain groups of people. However, many courts now rule that sexual orientation discrimination is an included or implied component of most sexual harassment laws.

Sadly, sexual harassment is not an activity confined to heterosexuals poking fun, threatening, or assaulting homosexual peers, male or female. It often occurs between two heterosexuals or two homosexuals as well — and again, this can change what the harassment looks like, making it much more difficult for misinformed courts to rule appropriately when considering relevant laws.

In Rosas v. Balter Sales Co., truck driver Raymond Rosas accused his boss, Barry Rosenberg, of making unwanted sexual advances. For example, Rosenberg drew illustrations of a penis on Rosas’s paychecks. Rosenberg took it further by trying to lick the plaintiff’s face on occasion. When Rosas asked Rosenberg to stop, he was coincidentally fired a few months later for allegedly stealing restaurant equipment. Criminal charges were filed before subsequently being dropped. When Rosas sued for sexual harassment — and wrongful termination — he was awarded $2.2 million in damages.

A similar lawsuit, EEOC v. Michael Cetta Inc., was filed after 22 male waiters at the Sparks Steak House in NYC accused their boss of sexual harassment including but not limited to: groping of the buttocks area, attempted groping of the genitals, and unwanted sexual commentary. Some of the waiters involved in the suit had approached other restaurant managers asking them to intervene, but none did. According to the plaintiffs, they also endured retaliation for placing the complaints. The restaurant owners eventually settled for $600,000.

Same sex sexual harassment most often occurs at the workplace, but it can take place between friends or family members at home as well. Social attitudes still place an emphasis on the “boys will be boys” stereotype, meaning that sexual harassment also goes unreported, and can be equally difficult to prosecute when these activities are so often performed in the spotlight.

An activity as simple as whipping a wet towel in the locker room or slapping a fellow sports player’s buttock can become sexual harassment if the touching leaves one person feeling uncomfortable or unsafe.

Serious cases of workplace sexual harassment involve a boss and subordinate. One common example includes a person in a position of power asking a subordinate for a favor or a sexual nature. Saying no might result in wrongful termination. Saying yes might provide authorities with the very wrong impression that the activities were consensual. This is the male-male or female-female equivalent to the scandal involving former President Clinton’s position over White House intern Monica Lewinsky.

It should be noted that sexual harassment normally involves a pattern. Isolated incidents or infrequent behavior does not fall under activity barred by law. 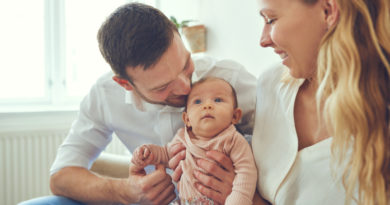 How To Share Responsibility Between Partners When A New Baby Comes 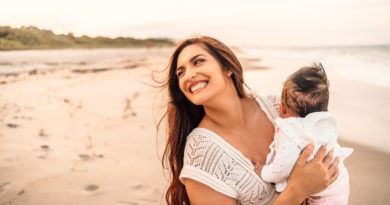 Best Gifts for a New Mom